September's Critical Mass was the first one in a long time to be able to properly meet up outside the library. The newly re-opened space provided a relaxed atmosphere for people to meet up and chat in comfort. 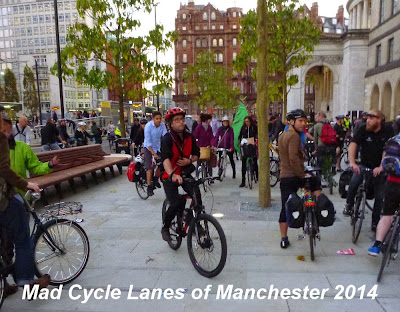 Around 140 people moved off past the Town Hall Extension to the sound of at least 4 sound systems. 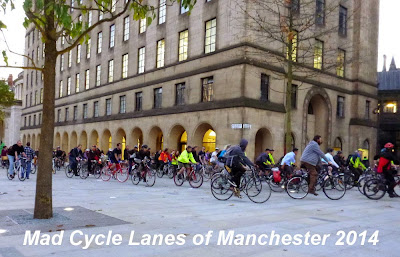 The ride went along Fountain Street and into High Street, through Shudehill 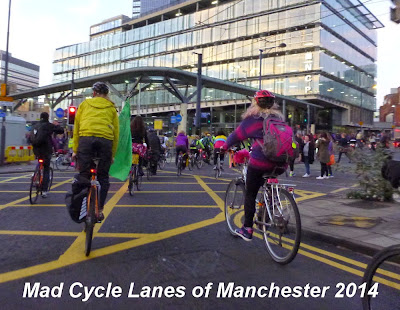 and into the Northern Quarter. There was a  really strong party mood this month, lots of people determined to have fun. 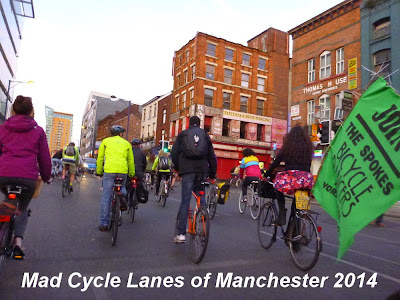 There were several people with cameras shooting video. This one was hand held 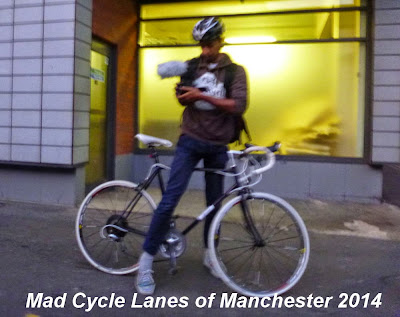 whilst this was a rather neat, bike mounted approach. 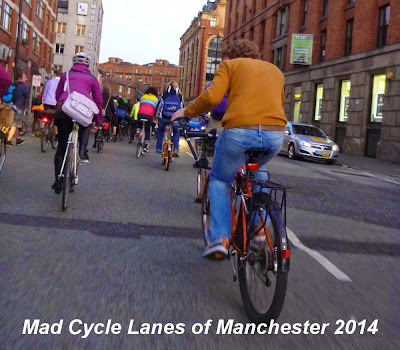 As we moved into Portland Street the ride slowed down somewhat, this was apparently caused by a police officer on a bicycle trying to do most of the corking himself. I was told he seemed to be putting himself in quite some danger by doing so. 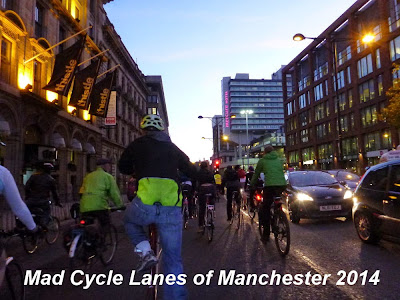 Still, this didn't dampen  mood in the rest of the ride. 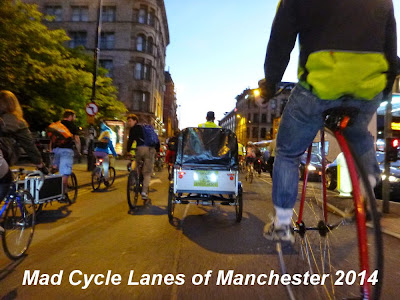 The sound systems continued to blast out the music 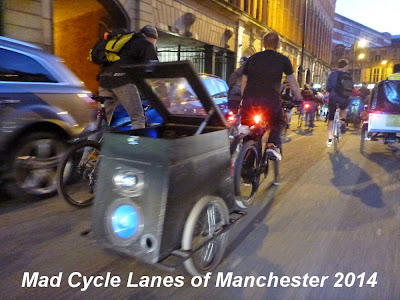 and one notable new machine was the Errand Trike, a new cycle based business in Manchester moving loads of up to 250kg. 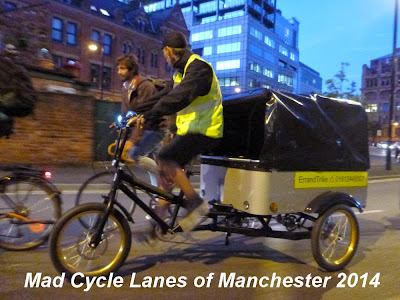 There was a great make-some-noise moment under the railway in Great Bridgewater Street. 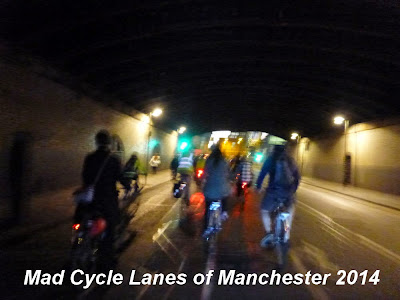 Everyone seemed to be having fun. 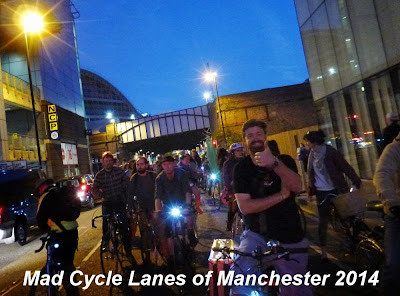 I left the ride as it turned south down Deansgate. 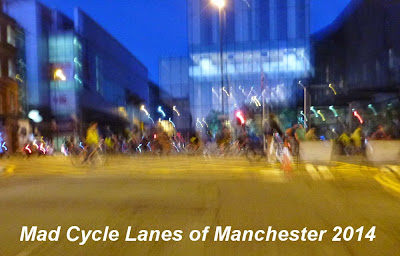 P.S. the music I was playing was T.Power – The Self Evident Truth Of An Intuitive Mind