Broadway Pavement - The Quays to Booths

Going west on Broadway from the dangerous roundabout that is the junction with The Quays there have been some works on the pavement. 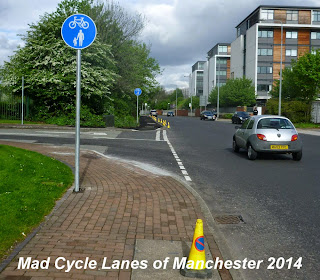 It seems that Salford Council think this narrow pavement is a suitable cycle facility. 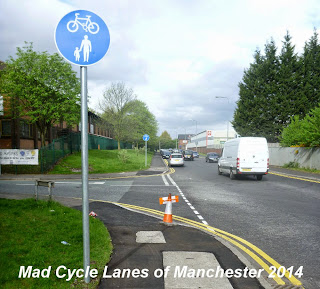 On the other hand they may just be using capital grants from the DfT to repair the pavement. 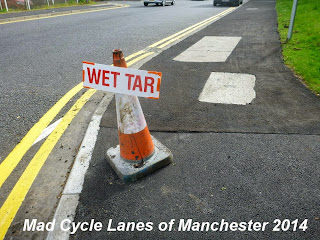 The works round here are so poor they can't even remove the parked cars before painting the double yellow lines... 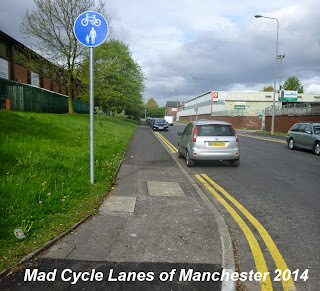 Those cycling this way are firmly sticking to the road 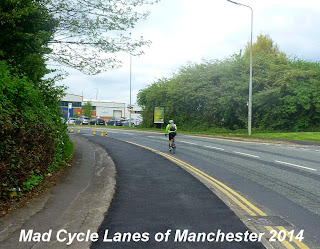 as this gives priority over the side roads 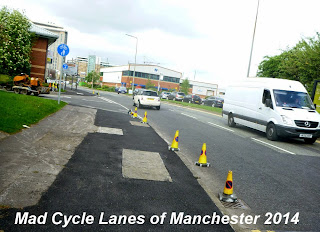 and avoids the manu obstructions. 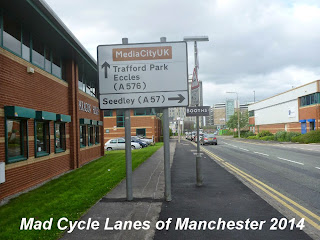 However, further along as you reach MediaCityUK you can see people taking advantage of this new facility. 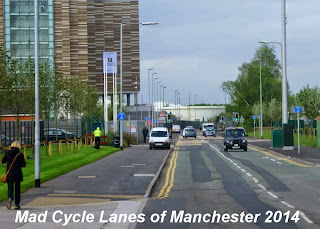 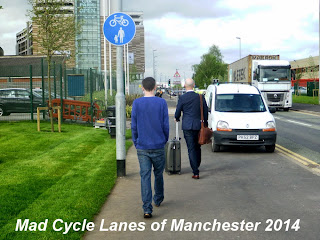 for the van and trailer. 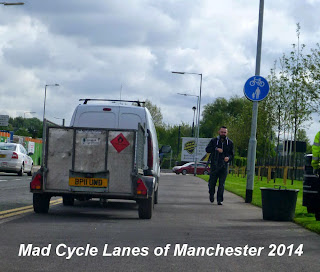 As you get round the back of Booths 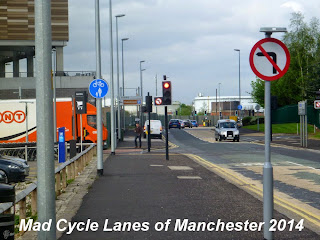 another pavement vehicle comes into view. 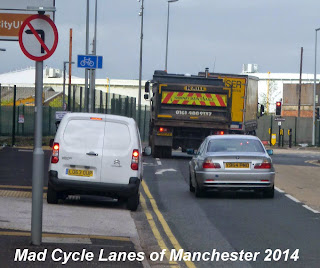 Salford council have wasted thousands of pounds of cycling money from the DfT on resurfacing a pavement on a back road that few people cycle on rather than investing in proper cycle routes where people want to travel.

It is about time that TfGM and the DfT audited the return on investment from cycle projects in Greater Manchester. This one has just been a waste of money!