Are You A "Regular Cyclist"?

What a silly question you might say..., well first ask yourself what you would consider a regular cyclist. 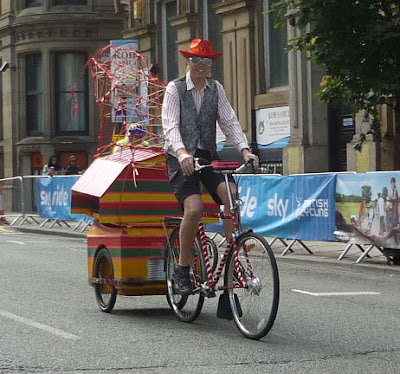 Would you call someone a "Regular Cyclist" if they cycled:- 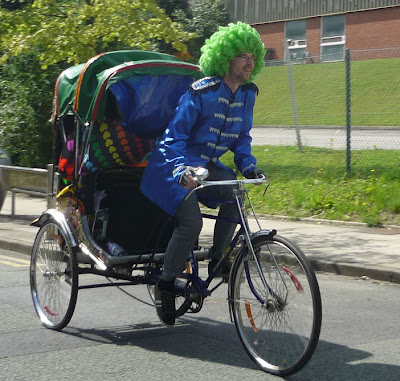 Well 12 times a day is the sort of punishing regime you would expect of someone like Chris Hoy or Victoria Pembleton, so that's a bit beyond us mere mortals.

12 times a week is a bit more reasonable. That includes people who commute to work 5 days a week and get out on a bike at weekends too, say a couple of shopping trips, or visiting friends. That's the category I belong to and it feels about right to me.

12 times a month would include people who potter out on a bike 3 or 4 times a week. Regular cyclists, possibly, particulally if they have restricted opportunities to cycle, like they have to take the train to get to work.

12 times a year on the other hand is a bit of a joke. You only have to get on a bike every day for a couple of weeks once a year, or ride round your local park once a month to fall into this category. Nobody could take such a measure of activity seriously, could they? 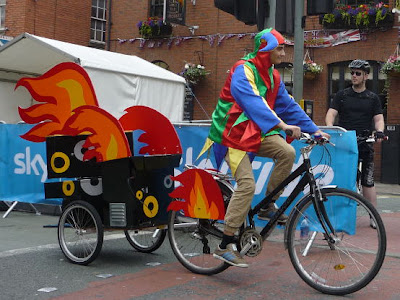 Well, you've possibly guessed by now that the joker in this particular pack is Sky/British Cycling.

A ‘regular cyclist’ is a cyclist who has cycled at least 12 times in the past year.

Why on earth would anyone use such a weak level of activity? In order to make wildly inflated claims of course! Sky are making the claim that they have created a million more "regular cyclists" with their Sky Rides.

This would be a joke if they didn't have undue influence over cycling policy in the City of Manchester. Indeed, Manchester City Council has adopted the same weak measure, phrased as once a month, for its own target of getting "20,000 more cyclists" by 2017.

Besides, James Murdoch, who was personally responsible for Sky's funding of British Cycling, the Sky racing team and other events, is a personal friend of Jeremy Clarkson, and he wouldn't want to get people out cycling too often as they might get in the way of Clarkson's Range Rover.....
at 21:23