Travelling west to east, the railpath ends with a set of over-engineered cycling barriers at Dairyhouse Lane. 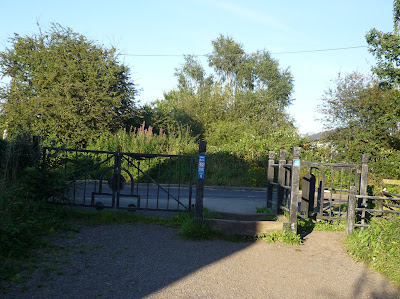 Here the trail goes left then forks immediately right into a country lane wide enough to have wite lines down the centre. 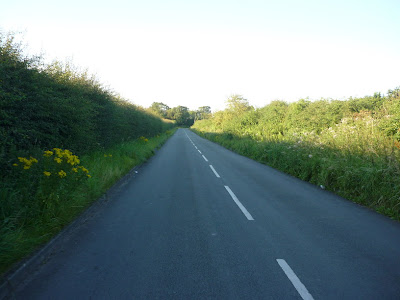 After a sharp right the route entres a 30mph limit and a give way with Baltic Road to the right. Turn left here continuing along Dairyhouse Lane. 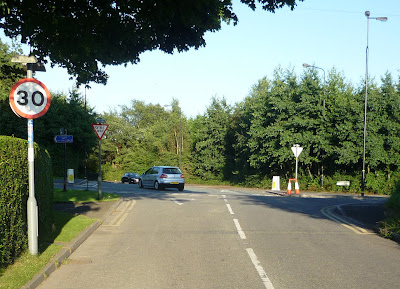 The road immediately loses it's rural feel as it passes alongside an industrial estate. 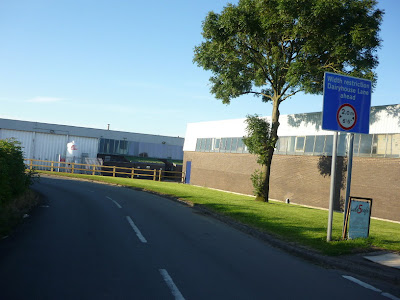 After a sharp left hand bend there are these width restrictions which presumably prevent lorries using the lane. One oddity at this point is the way the pieces of road run in straight lines, then have right angle bends. This is the site of Dairyhouse Farm where my old ordinance Survey one inch map from 1961 shows a set of railway tracks in Dairyhouse Farm. Apparently in World War I Dairyhouse Farm at Sinderland was used as a prisoner-of-war camp and again in WWII as an RAF ordinance depot with a rail network linked to the Timperley/Warrington line.See item 20 on this page for details. 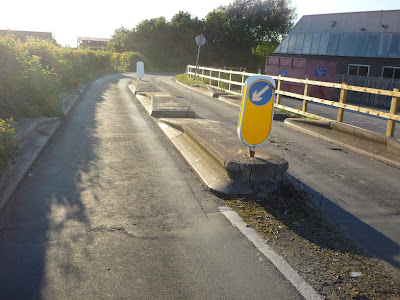 Soon the route turns left into Sinderland Road, which is probably much busier. 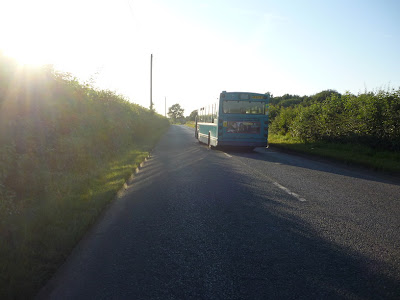 Along the road are these markings, but no cycle lanes or anything like that. 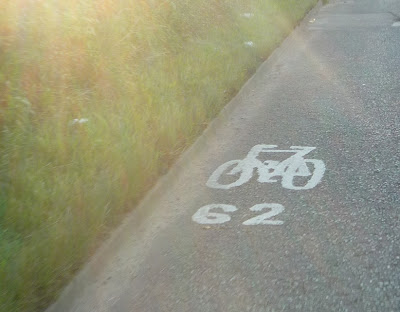 The route then turns right into Woodcote Road, and goes up over a bridge. 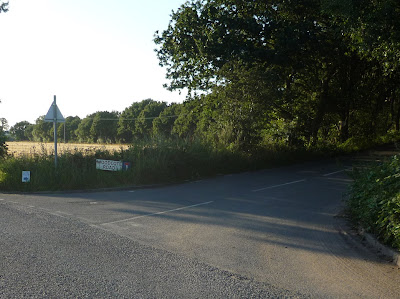 Interestingly this bridge goes over a disused railway which ran from just east of Glazebrook joining the route of the railway in the previous part of the TPT to the east in Timperly, the Glazebrook East Junction to Skelton Junction Line. The track has been lifted and it looks like it already forns a footpath. This is clearly a potential cycle route, but it would be interesting to know what condition it is in and whether the Cadishead Viaduct over the Manchester Ship Canal could be refurbished to make a cycle bridge. 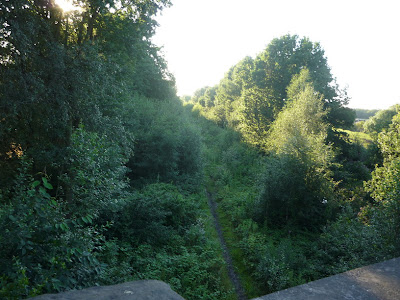 Half a mile to the east was the site of West Timperley Station. 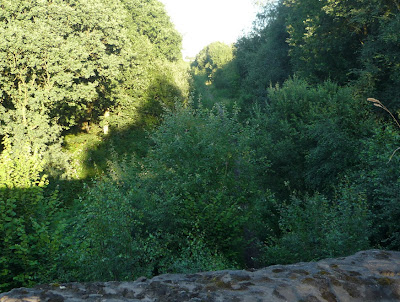 The route goes straight through Woodcote Farm where it goes off road onto a concrete track. 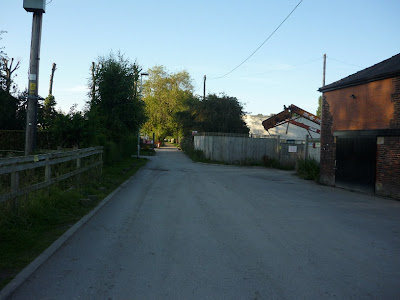 The most interesting part of this route is the disused railway it passes over. I've included it for continuity with the off road sections.

The next section of the Trans Pennine Trail heads north into Carrington Moss.