Further Update - by Friday afternoon the rubbish had been cleared.

However, the scafolding still remains further towards central Manchester.

There is still some rubbish on the path where the trees have been cleared.

A section of the Irwell River Path is currently closed - this is the map posted on the path. 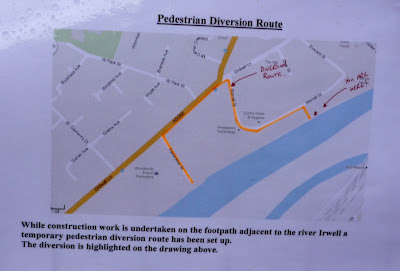 This is the eastern end of the closure, 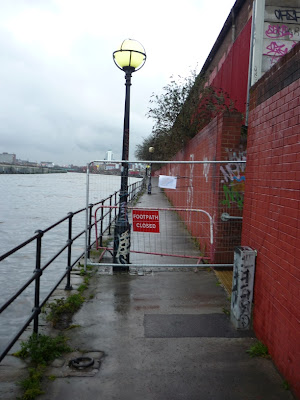 and the western end. 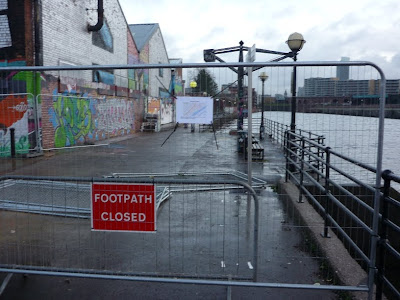 Some minor tidying up has been done, and the fallen tree from the first week in January has been removed. 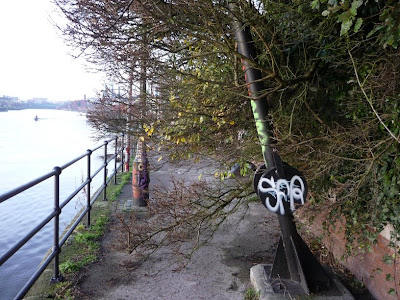 However, the scale of the works doesn't seem to justify closing the path, especially when you consider the dangerous demolition going on further to the east. It seems reasonably safe to ride along the closed section when the workmen are not around as there is no significant work being done to the path surface as far as I could see. Also, there is no traffic regulation order closing the path as far as I could find on the council web site.