This is what Salford's flagship cycle route, featured on many TfGM leaflets, looks like today... 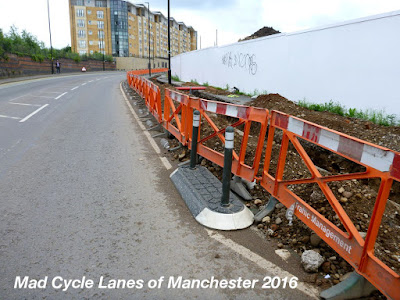 If proof were needed that Salford Council and it's contractors couldn't give a shit about cycling, then this is it! 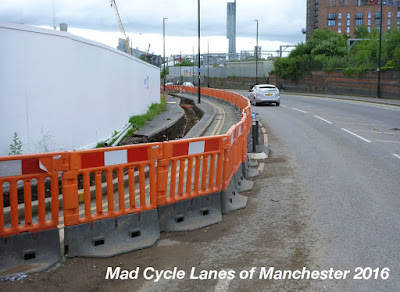 Sot armadillos, these pieces of recycled plastic have served their purpose (which was to avoid putting in good quality cycle infrastructure). Now that lie has been accepted by the DfT Salford Council have allowed a developer to wipe out this cycle route without any care for cycling safety. 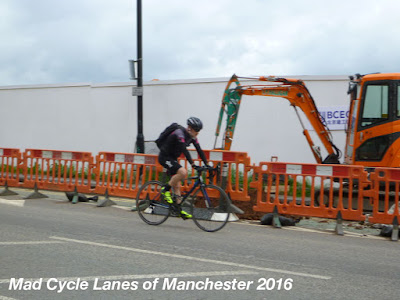 The priority here is not cycle safety - that was last year. 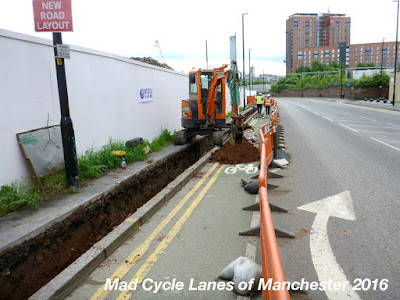 Now it is all about handing over road space and pavements to developers who couldn't care less. 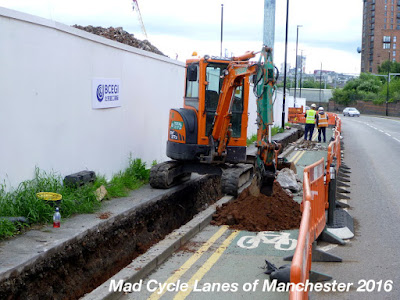 After all if the occasional person gets killed by an HGV or tipper truck then that is presumably an acceptable price to pay? 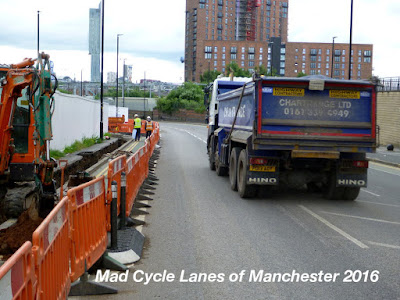 Who gives a shit anymore round here?