Portland Street - is this Manchester's most dangerous cycle lane?

Now the Portland Street roadworks are beginning to subside the damage done to cycle access to this part of the city center is becoming clear. Here are a series of photographs I took this morning whilst walking along Portland street. They are all in sequence and show just how dangerous this new section of cycle lane really is.

Any sensible person would keep well to the right at this point and hold the centre of the traffic lane, but anyone tempted to ride in the cycle lane at this point is putting them in severe danger of ending up under a bus. We told TfGM just how inadequate their proposals for cycling along Portland Street were, but they totally ignored us and changed nothing.

Here you see one bus in the bus stop whilst a second pulls up. 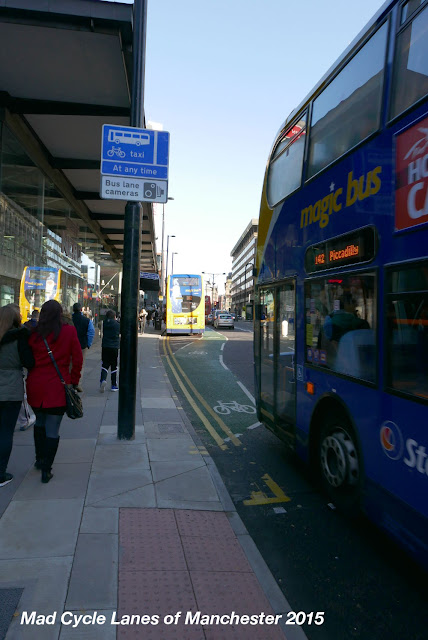 Then a third bus stops completely blocking the cycle lane. 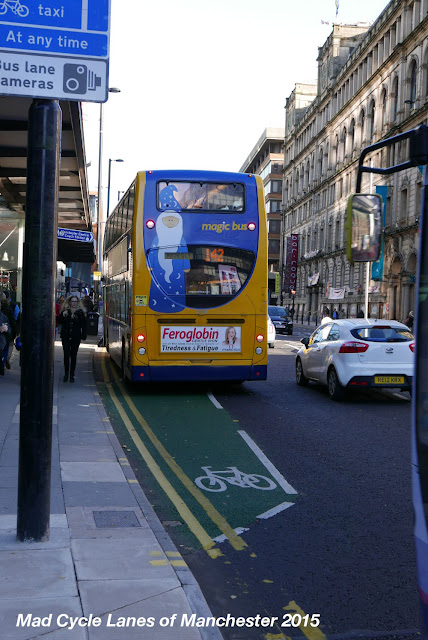 And a fourth bus then covers up the cycle lane completely. Note the warning to cyclists not to pass a bus on the left hand side! 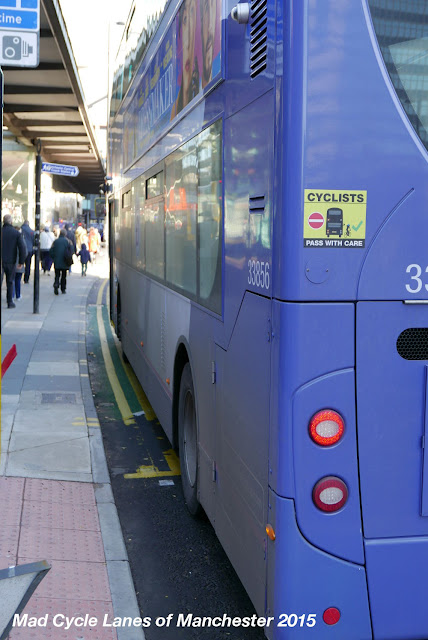 The buses all then pull away 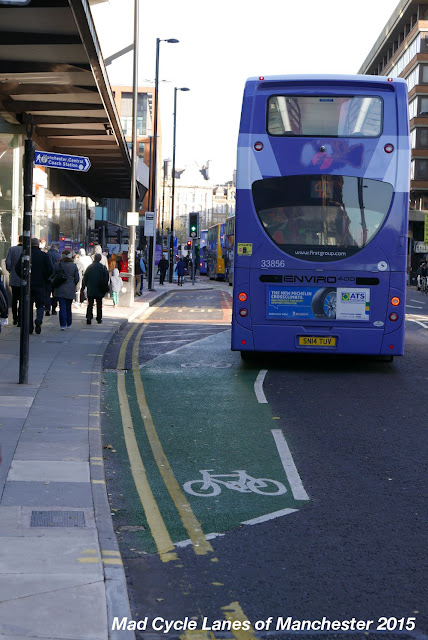 but continue to block the cycle lane 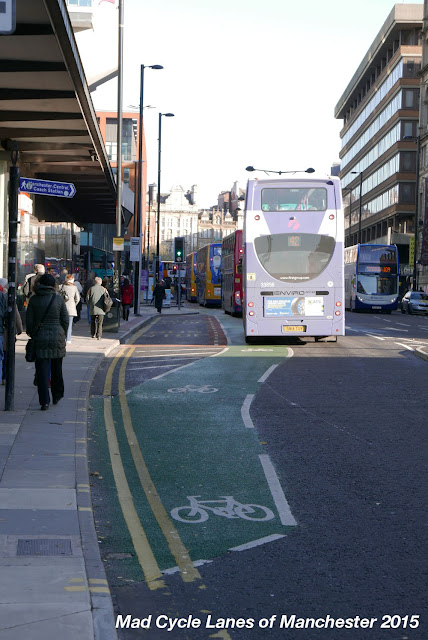 and do so even as they cross the traffic lights. 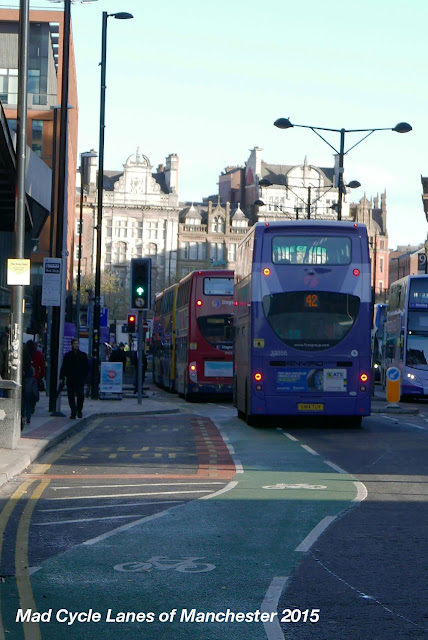 The sequence then repeats a few moments later 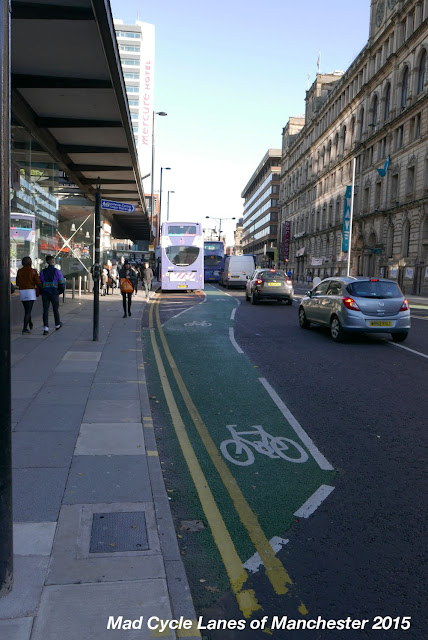 Just imagine trying to cycle through this! 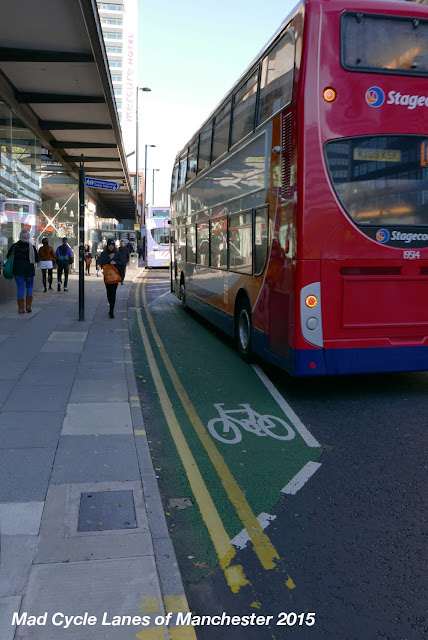 When looked at from the other direction you can see how buses held at the lights on pulling out of the bus stop also block the cycle lane. 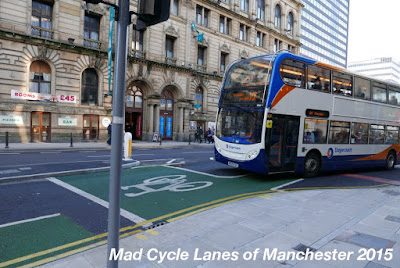 And yes you can see this dreadful design in the original publicity video.

The engineer who designed this should be forced to cycle up and down Portland Street on a busy Saturday morning until they work out the error of their ways.
at 18:25