Ok, so it wasn't quite as cold as January's ride, but many of us got caught out by the sudden drop in temperature at the end of the day. This week was reading week in some parts of the university, so that probably reduced the numbers somewhat. It was quite a small ride but with lots of regular riders it was well controlled and stayed together despite a fast pace. 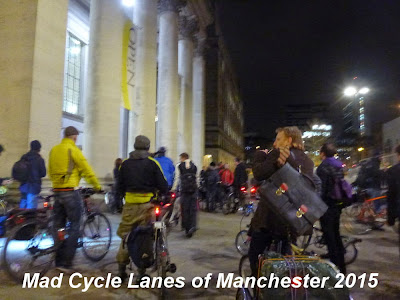 The ride took a new route at the start to try and avoid the worst of the roadworks, 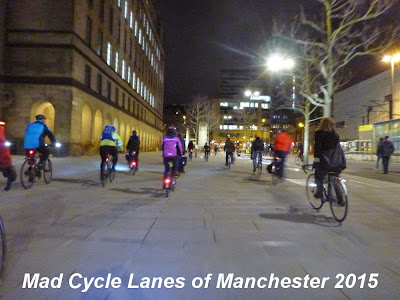 going down between the Town Hall and the extension 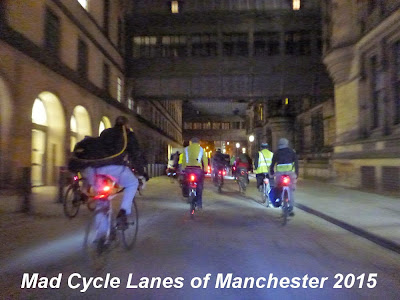 and out on to Albert Square. 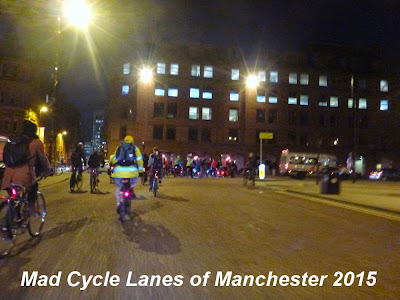 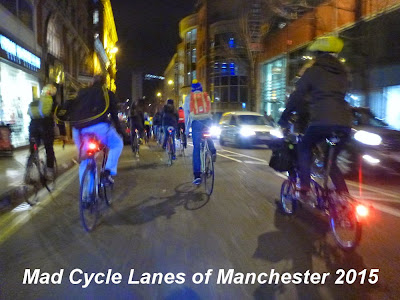 and across the River Irwell into Salford. 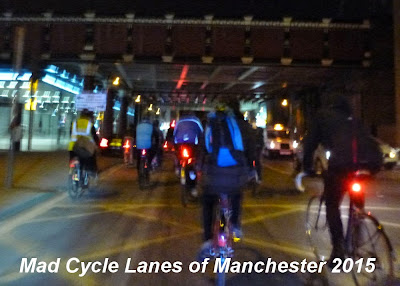 The ride only ventured as far as Chapel Street, before turning up Blackfriars Street and back into Manchester. 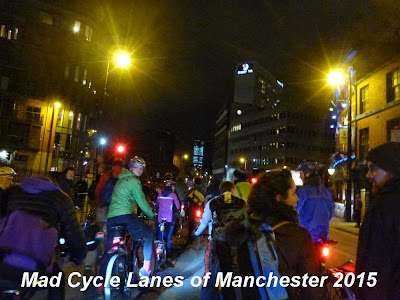 Then in an attempt to cross the city centre, down the end of Deansgate 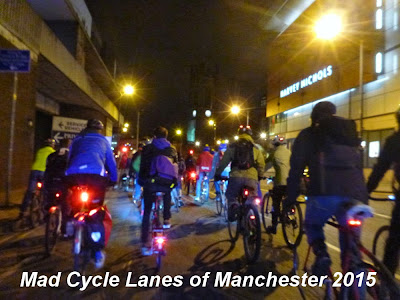 and up round the Cathedral, where it all got a bit difficult because of the road closures. 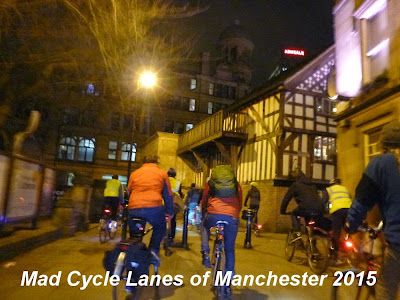 We regrouped at the back of the Football Museum and ended up in high-fives with the skateboarders who loved the sound systems. 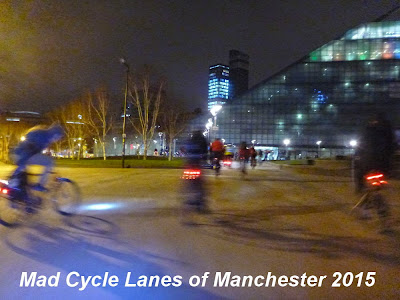 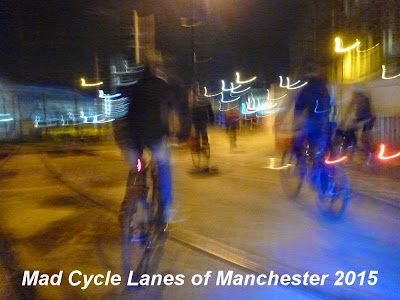 and out onto Corporation Street and up the very steep hill on Rochdale Road which nearly finished me off! The ride ended at the Angel Pub on the corner. 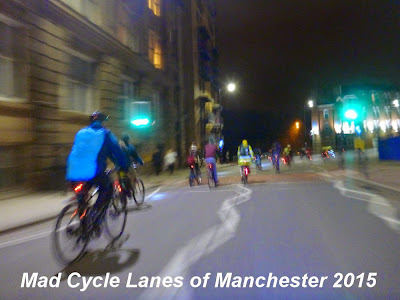 With three sound systems in such a small ride, the musical accompaniment must have sounded pretty chaotic. 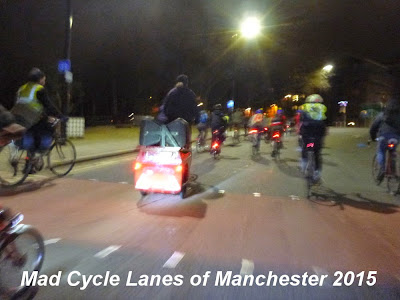 One rider was very appreciative of my more ambient tunes, and wants to form a chill-out zone on one of the summer rides, and was asking if I knew any clubs in Manchester that played this kind of thing.

This ride was mostly drawn from Banco de Gaia, with several versions of Last Train to Lhasa.