Now as far as I understand it, this bridge is supposed to be the temporary replacement for Princes Bridge, part of NCN route 6, when Network Rail demolish it to build the Ordsall Chord rail link.

It is also a replacement bridge to carry the utilities across the River Irwell.

However, since the whole Ordsall Chord Scheme is still awaiting the results of a public inquiry, this bridge may or may not have been necessary... 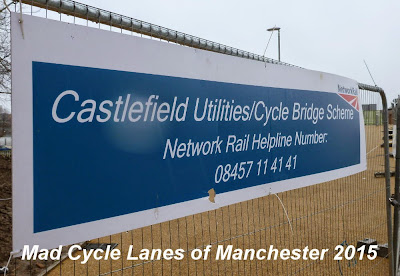 From the Salford side of the river, it is clear that a lot of money has been spent on this Bridge and the path on this side has been extensively reworked to change the level of the towpath. 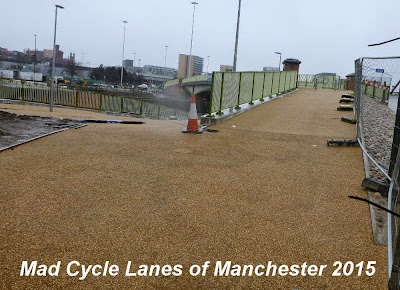 In fact the towpath has been split in two to accommodate the ramps, and the new bridge has been finished off to match the road bridge. 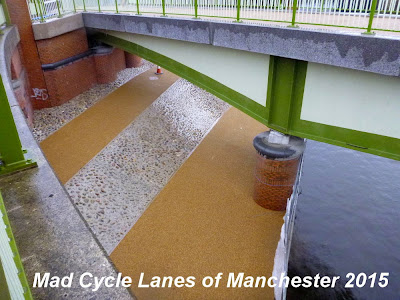 The surface itself includes bollards at both ends, presumably to stop some idiot trying to drive a car over the bridge. 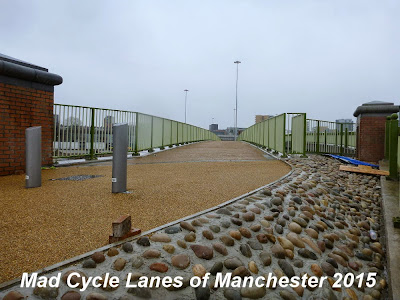 The bridge links back to the road bridge on the Manchester side, 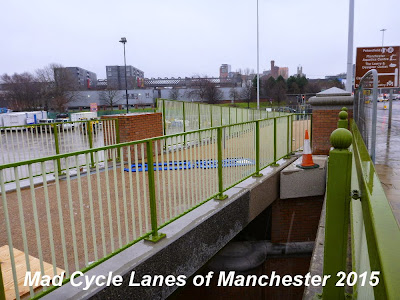 and then crosses the pavement and dumps you in the eastbound cycle lane... 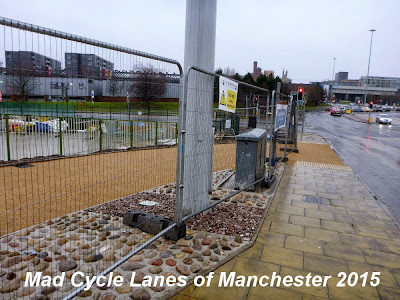 Yes, you've got it, there is no legal way of getting onto the bridge from the Manchester direction! 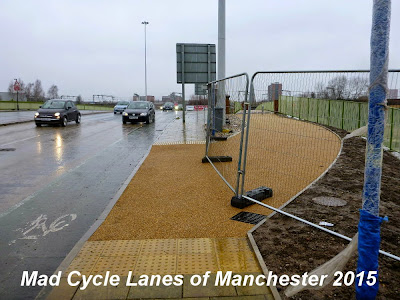 From Water Street you have no chance of getting across. 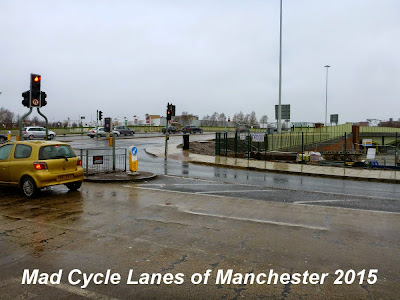 The only option seems to be the pedestrian crossing, 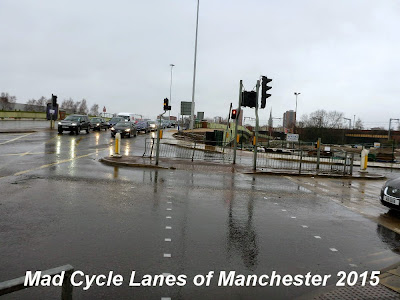 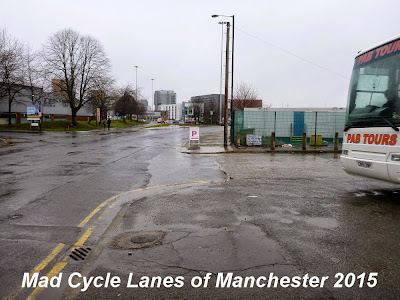 and cycling along here illegally. 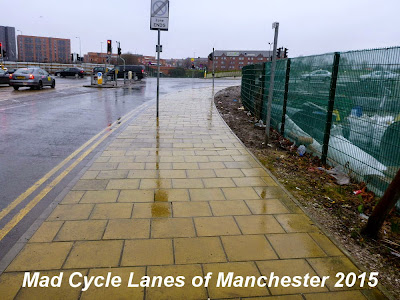 It seems that Network Rail have failed to put in the rest of the two way cycle track needed to get the route round to Water Street, which should have gone across this patch of mud. 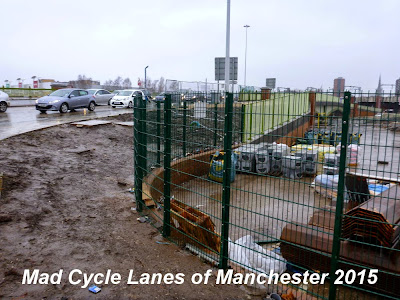 This bridge is an expensive failure. It will result in many people being forced to cycle illegally along the pavement. I don't know who got to see these plans before they were signed off, but I do remember them being mentioned in a GMCC meeting, so I am pretty sure I know where some of the blame lies.

Meantime preparations have started to demolish Princes Bridge and Network Rail have chosen to block the cycle route... 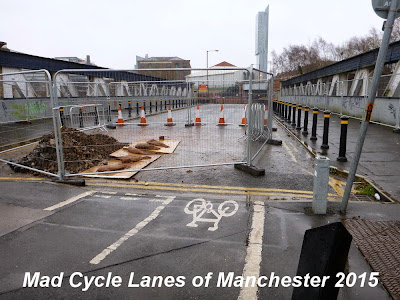