This morning was the Love Your Bike/Bike Month Manchester Big Commuter Challenge.

Five people set off from the car park of Crumpsall Green Methodist Church at 8am to show how different forms of transport compare. 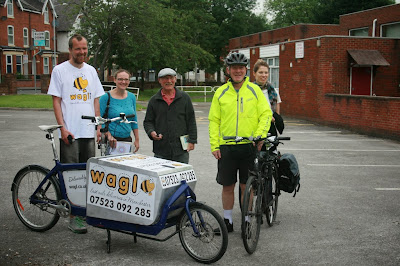 Photograph from Love Your Bike

There was, however, a bit of a problem with navigation at the start, and Richard ended up giving the other participants directions...

Not sure this is entirely fair. Think I'm the only " competitor " that lives in Crumpsall. Having to give them directions!
— Sir Richard Leese (@SirRichardLeese) June 20, 2014


Meantime, in Albert Square we were making preparations for the arrival of the participants. 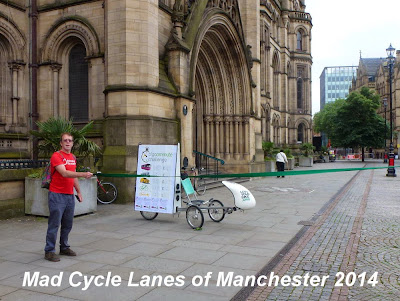 We got somewhat caught out by the sudden arrival of Richard and Pavol only 14 minutes later. 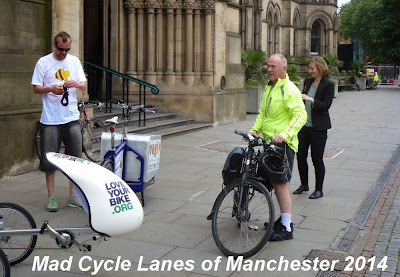 Then the waiting began... 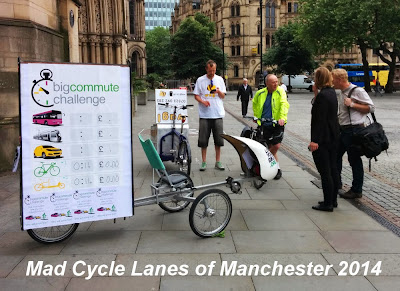 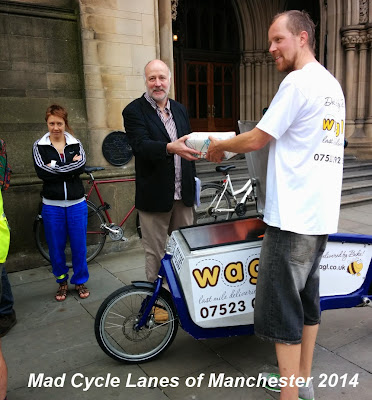 and Richard took the opportunity to try out Pavol's cargo bike. 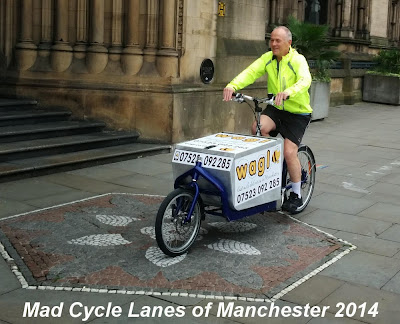 It was another 23 minutes before Charlotte appeared, 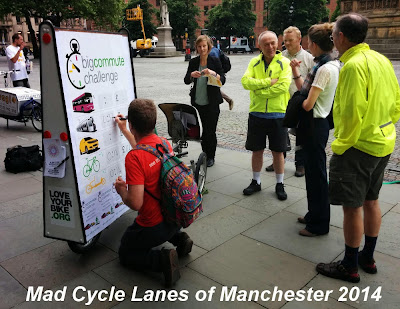 followed one minute later by Helen, 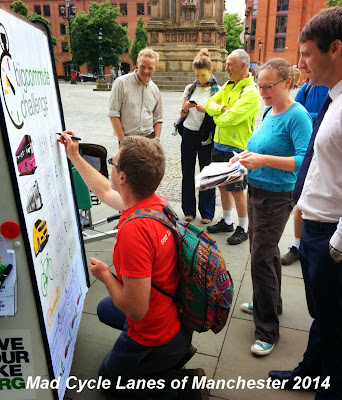 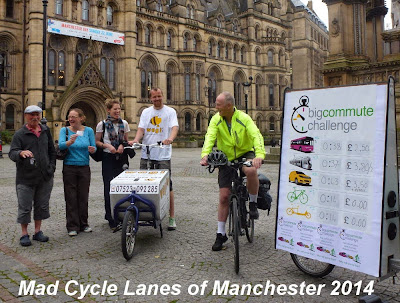 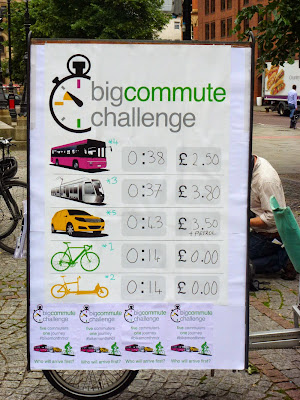 There then followed lots of photos for the press 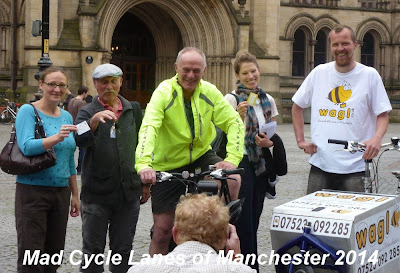 and one last chance to try out Pavol's cargo bike. 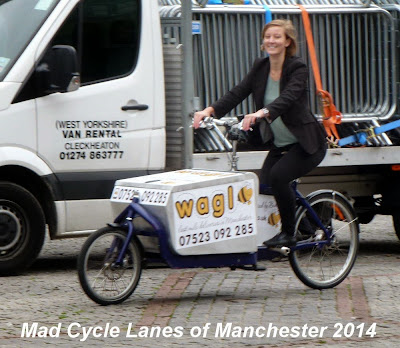 Sir Richard Leese has already written about his experience of taking part on The Leader's Blog, Love your Bike have a report on their web site and Charlotte Cox has covered the event in the Manchester Evening News.

There more information about Pavol and his cargo bike on his web site wagl.co.uk.
at 12:35