The Bike Creche Cycle Jumble was held at the Manchester Velodrome today. Whilst the vast majority of visitors were clearly turning up by car, a few of us actually cycled to the place. The result was chaos outside the front entrance, bikes locked up the stair rails, 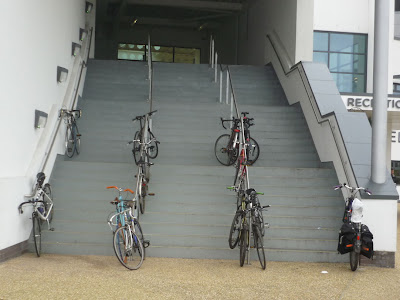 and bicycles locked to the trees. 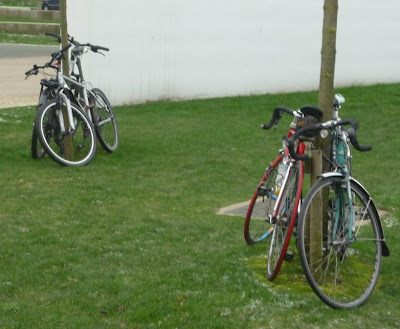 The one, badly designed cycle pod, was crammed full. 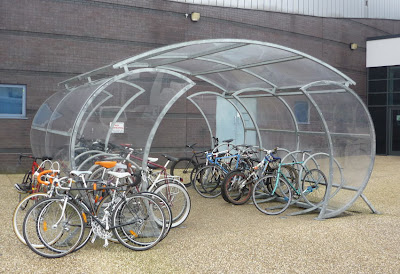 Quite why the Home of British Cycling can't install proper Sheffield Stands is beyond satire. This design is just hopeless for any bike fitted with a back carrier. British Cycling, and Manchester City Council really should sort this out. Perhaps if they charged for car parking they could afford it. 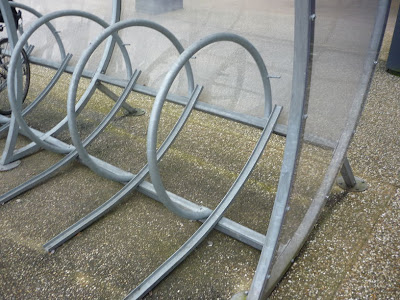 To be fair, if you accidentally found your way to the back entrance there were a further two of these pods, and there was a bit more space. 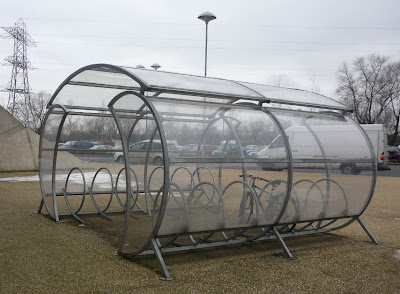 However, it wasn't just the bike parking that was chaotic, there were cars all over the pavements too! 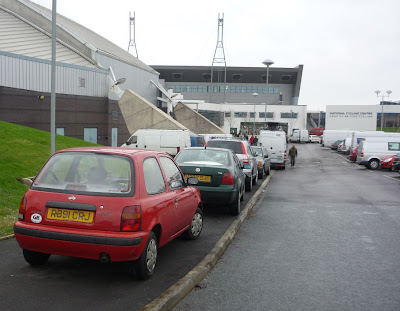