Now this is just a short cycle cut-through outside Victoria Station where there are now four sets of tracks entering the station. The old cut-through wasn't up to much, but the new one seems to have got lost somewhere along the way... 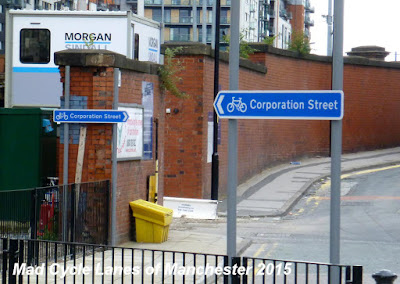 Approaching from the Corporation Street direction it didn't look to bad at first. 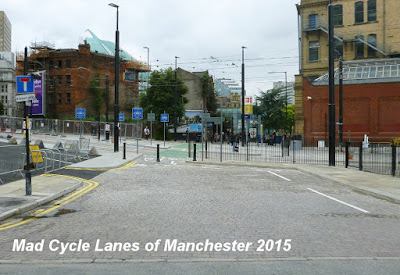 The bollards are presumably there to stop motor vehicles getting through, but may cause problems for cargo-trikes and quads. However, I'm not so sure as to why the green surface has been laid across the tram tracks. 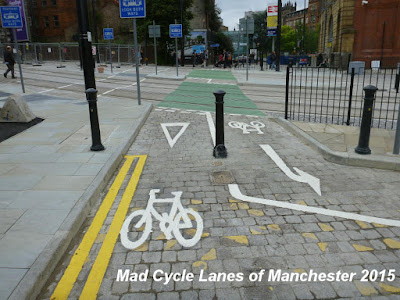 Major problems come to light in the island between the two pairs of tracks. 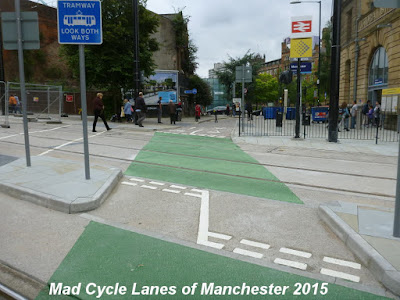 This island is too narrow to take a normal bicycle, you would need to turn it sideways if there were trams on both sides and if you were caught at this point with a bike and trailer, the contents of the trailer would end up underneath the oncoming tram! 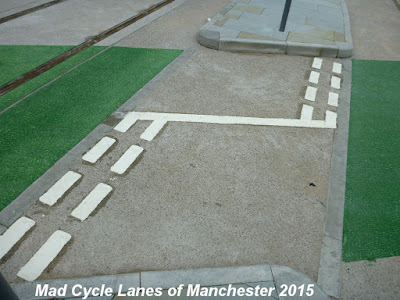 Across the tracks heading for Todd Street it doesn't look too bad, apart from the large numbers of people crossing. 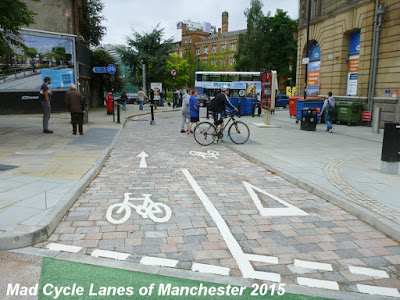 However, you arrive at Todd Street to find no reasonable and legal route in any direction, but at the moment you are probably best off going straight on down the side of Cathedral Gardens. 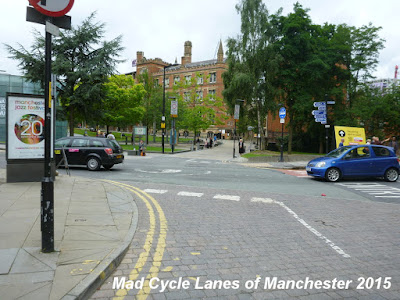 However, it's only when you turn around and look at the route towards Corporation Street that you see the true lunacy of this crossing, this exit into Long Millgate is a dead end for motor vehicles and double yellow lines, yet there is this stupid little lane directing you through two right-angled turns to make space for cars. It is totally impractical and idiotic, which begs the question as to who was responsible for this design, Manchester City Council or TfGM? 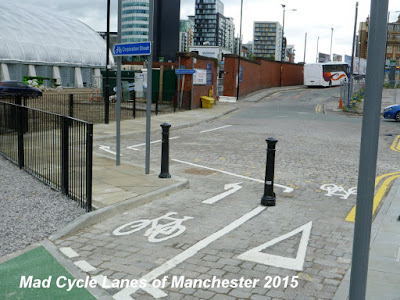 We know there will be more rubbish to come. TfGM briefly showed us the maps and the response was universal condemnation.

If TfGM/City Council make a mess of a simple cycle facility like this, the rest is going to be even worse than we feared.