My cycle route to work has been screwed up for the past year with all sorts of closures and other crap, but last week I saw something that just looked like the local council sticking two fingers up to those of us who cycle. Last Wednesday, on the one short section of segregated cycle track on my route a set of council workmen had ignored the access road to the right of the track and driven their vehicles along the cycle track. 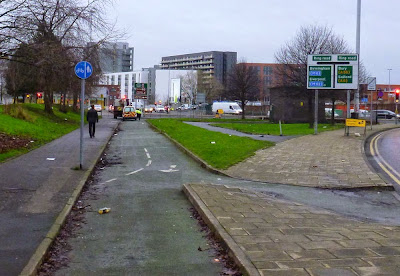 So later that morning I posted the following on twitter

Could you please ask your drivers @ManCityCouncil not to drive & park your vans & lorries on the city's cycle tracks. pic.twitter.com/xZg1UqtwyX
— MadCycleLanes of MCR (@MadCycleLaneMCR) January 7, 2015


and followed up in the evening with a second message that also went to the senior Councillor responsible for highways. 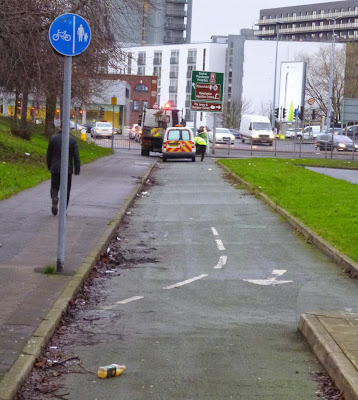 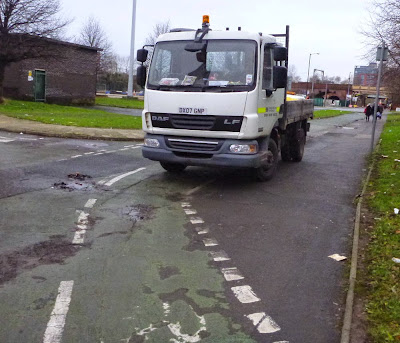 As you can imagine, on Thursday morning the vehicles were still there, this time two lorries on the cycle track and pavement just further along. 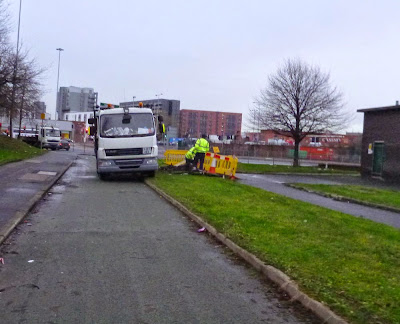 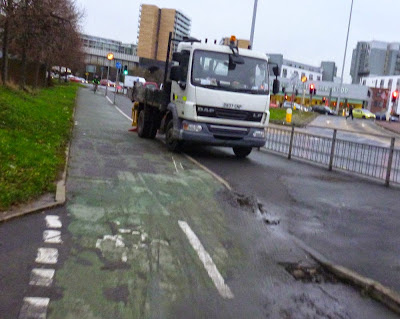 This time, I got a response..

So I replied with the location and an extra picture and got an acknowledgement. 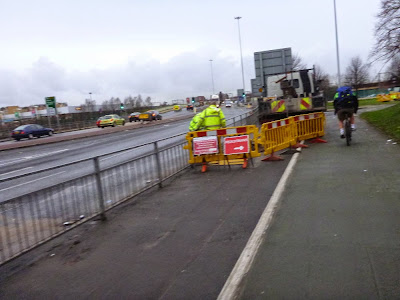 Well, by Friday morning the council workman had moved along the cycle track, and were now obstructing the cycle lane beyond.

Day 3, the @ManCityCouncil lorry is now on the pavement and obstructing the cycle lane. pic.twitter.com/VHTQcn5E9s
— MadCycleLanes of MCR (@MadCycleLaneMCR) January 9, 2015 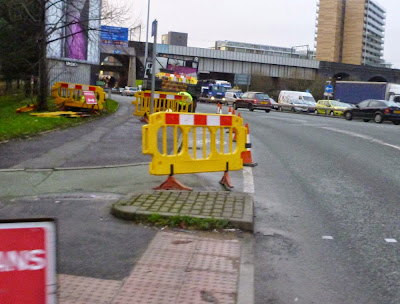 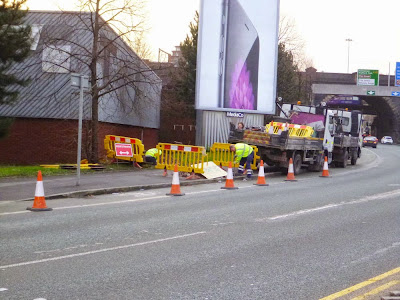 By the afternoon the city council had take some sort of action, and a number of people along the way had seen that driving council vehicles illegally on cycle tracks was a PR problem.


@MadCycleLaneMCR Highways have spoken to the crew involved and told them not to do this in future. Thanks for letting us know!
— ManCityCouncil (@ManCityCouncil) January 9, 2015

This sort of thing doesn't change the world overnight, but keeping up the pressure on our local authorities will get through in the end. After all that is what the petrolheads do all the time...

So keep on complaining!