The Politics of Cycling

Just found this wonderful quote in an entertaining PhD on bicycle activism "Put the Fun Between Your Legs!": The Politics and Counterculture of the Bicycle.

The simple choice to ride a bicycle becomes an assertion of common sense and an act of radical refusal. By bicycling, we refuse to participate in our own degradation on an increasingly dysfunctional public transit system. By bicycling we refuse to pay the enormous costs of a murderous transit system built on private cars. When we bicycle, we refuse the perpetual marketing noise of corporate advertising piping into car radios, and we refuse to accept as ‘news’ the shallow and intellectually retarded reporting that claims to be objective and true. When we bicycle we subvert our ‘responsibility’ to behave as loyal members of this society, undercutting the auto economy, challenging the propaganda system, and directly re-creating meaningful encounters with one another.

Referenced as being from Carlsson, “Whither Bicycling?” in Critical Mass essays, flyers, online. 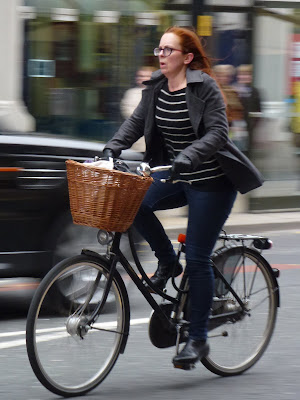