Update: The second document was indeed an earlier draft with a different name and FoE have since deleted it from their Scribd pages.

These are two consultation documents that you won't find on the City Council's web site. They have been posted online by Manchester FoE . 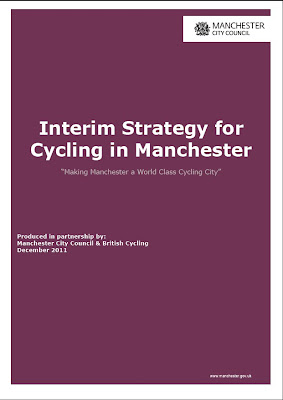 As far as I can work out they are two different attempts at the same document, and the council has just changed the working title. The documents appear to have been circulated to people who manage to attend the council's cycle forum.

Either way round, at a first glance the story seems to be yet more timid measures that won't have any real impact. This document is being produced because of a Memorandum of Understanding between British Cycling and the City Council. Unfortunately this means that it is big on events that promote British Cycling's main sponsor and not so good on the things that really matter like removing the many barriers to cycling in this city.

We may well see more of this because the council doesn't want to upset motorists by giving too much road space over to bicycles, and the Lib Dem opposition are falling over themselves to curry favor with drivers who clog up and pollute the City Centre. So much for the LibDems being environmentally friendly. 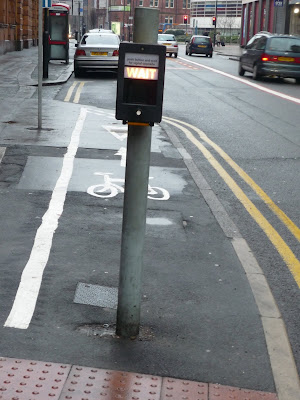 And it is in the interest of British Cycling for us all to ride round Manchester advertising Sky. 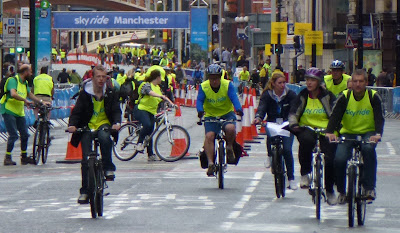 Manchester FoE say that you should send your comments to Dave Whyte via d.whyte(at)manchester.gov.uk by the end of January.
at 23:04