Barriers, bollards, boulders and tank traps – all part of the Manchester Cycleway.

On a clockwise ride along the South and East section of the Manchester Cycleway, you soon get the feeling that someone isn't too keen on people riding bikes particulally non-standard machines, after all this is the National Cycle Network... 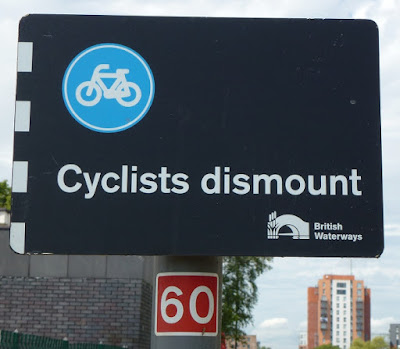 The Barriers round here come in many forms, one starts to wonder if the designers get paid more that way. Sadly there are no warnings about them on the map. There are gates and "A" frames, 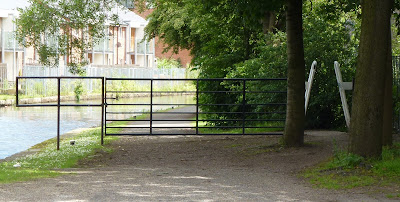 steel obstructions, it's easiest to lift your bike over 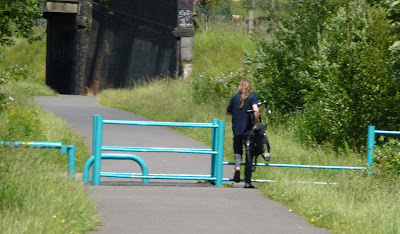 and British Cycling - funded by motor manufacturers and the right wing media. 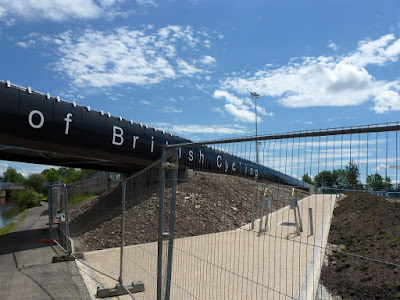 The bollards, on the other hand, are pretty standard. 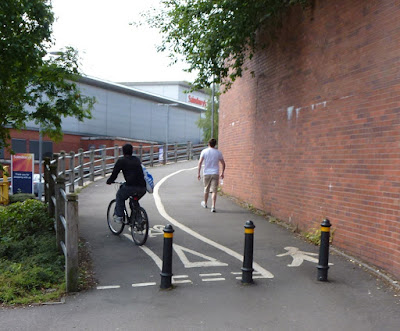 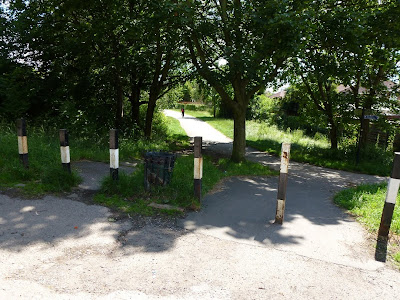 But the boulders are a one-off on this route. However, they do get you in the right frame of mind for 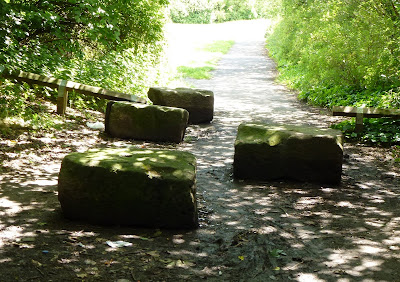 the tank traps. These crop up several times, making me wonder if council officers still think they are fighting the last war somewhere around Gorton! 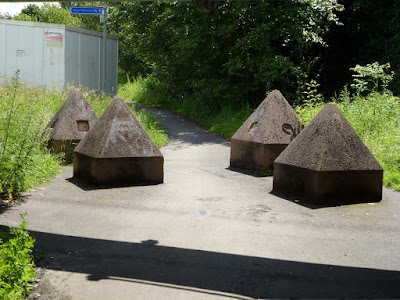 Finally at Chorlton, there is that sign again. This time, two in a row, just in case you miss the first one. 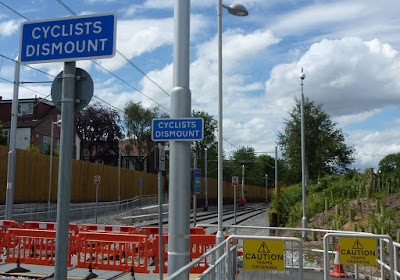 All this would be a bit of a joke, except that for someone riding a tricycle, a tandem, a four-wheeler, or towing a trailer this route is impossible without help to lift the machine round the obstructions. Many people can't or don't use these routes because the council seem to think that only fit people with conventional bicycles need to be catered for. Sustrans, however, should and does know better.

Update: a timelapse video of the route from manchestercyclist