One of the odd things about this route is that there are no signs to tell you whether or not it is a cycle route. The intention stated by Salford Council is the creation of a cycle route, so I'm assuming that's what is intended to go on the ground. However, this part of the route is in Trafford, so they may have other ideas.

If it ever gets finished, the Irwell River Park could well end up being the only pleasant and viable cycle route between MediaCity, Central Manchester and Salford University, as the rest of the area is pretty dreadful.

The MediaCity swing bridge was still being completed at the end of January, so you have to cross the canal at the Lowry. 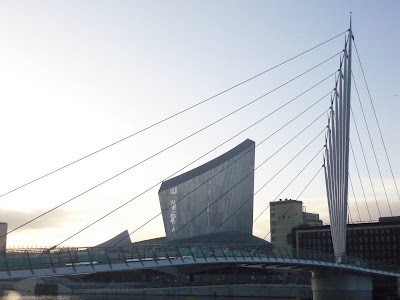 The route between the two bridges looks wide and uncluttered, but I haven't been along this sections so there may be problems. 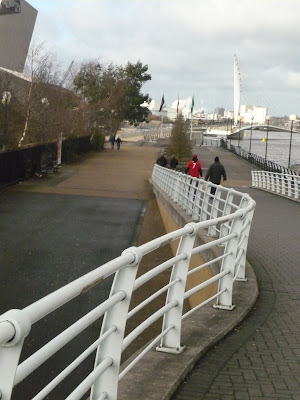 Going east from the Lowry the route is even wider with planters and trees to one side. 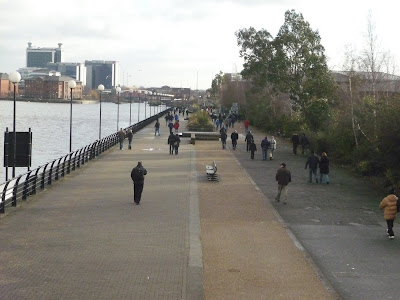 There are a few historic artifacts along the way... 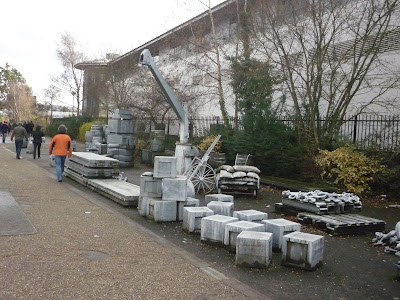 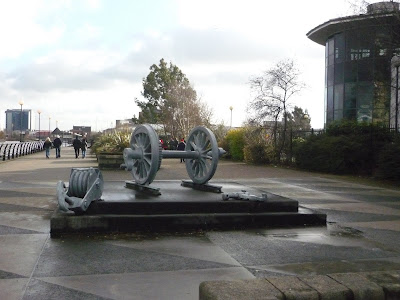 About two thirds of the way along this section the route drops down a slope and narrows, 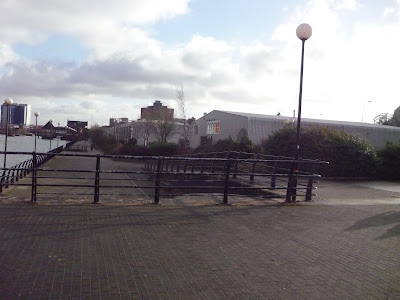 but is still reasonably wide. 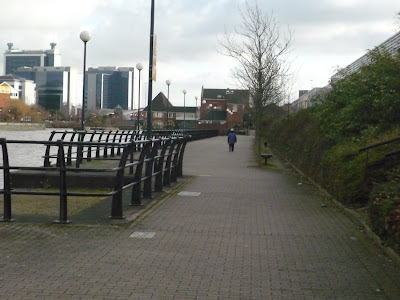 However, things come to an abrupt end at what is supposed to be the location of Clippers Quays Bridge. 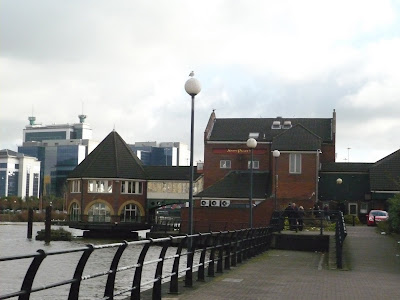 There is no sign of the bridge being built and I suspect it will be many years before it is completed, if ever. The alternatives from here are to cross the river on a busy road bridge or try one of the possible routes on the Trafford side. On this occasion I headed for the Bridgewater canal, but that turned out to be a footpath which is not suitable for cycling.

Update - Here's an image of the proposed bridge