Heading south there is a lonely ASL at the junction with Hanover Street. No sign of a feeder cycle lane here. 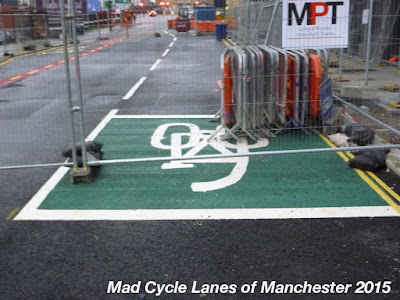 Next you cross the tram tracks, not too much of a problem here as the crossing is more or less at right angles. 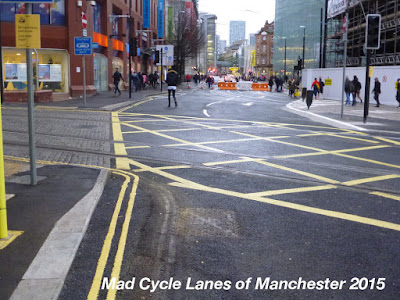 Then a cycle lane appears by the Coop Bank. The lane markings are ambivalent, so not sure if it is supposed to be mandatory or not. It then gets somewhat stranger, 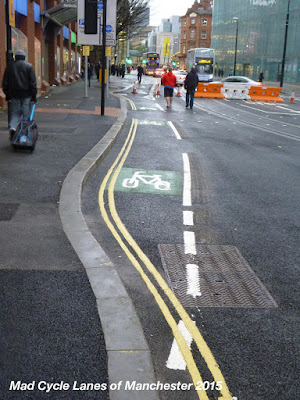 rising to pavement level, presumably to avoid the cost of re-positioning these access covers 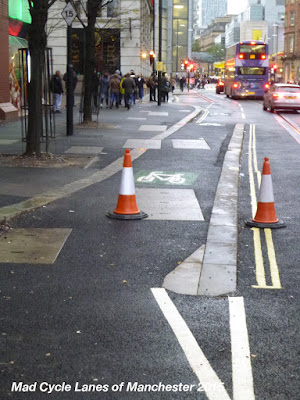 returning to road level as the buses swing in from Port Street. From here the cycle lane is definitely advisory, so will be blocked by taxis much of the time. 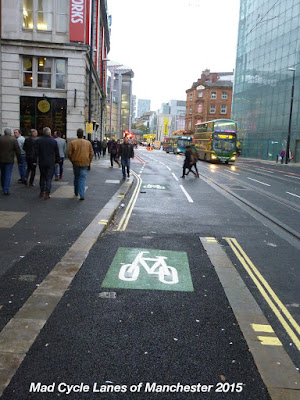 Again we get these pointless green squares 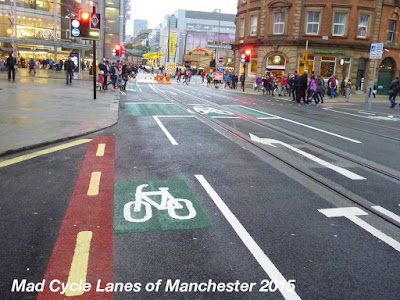 and an ASL crossing the tram tracks. 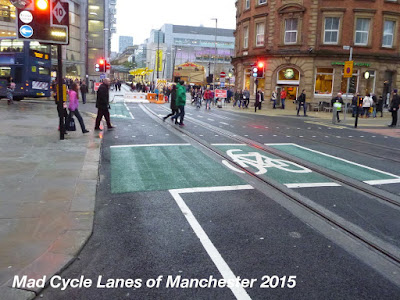 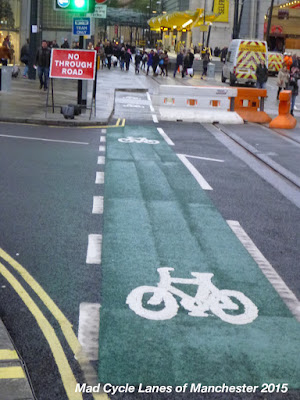 and onto a paved section

which terminates in this idiotic manner. 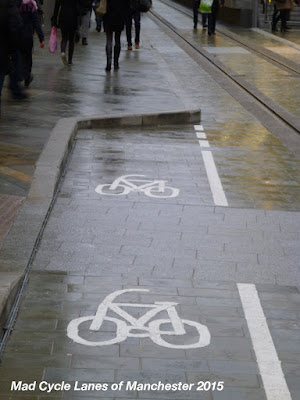 This last piece of crap design has already been posted several times on Twitter by people angry at this design. It deserves to be posted many more times.