Bicycles on the pavement? No just cars!

It's the season of visiting, so MCLoM is in Atherstone today, a small market town, 100 miles from London on the A5.

Soon a walk out to the shops with a camera I was on the lookout for passing cyclists.I saw just one pushing her bike along the pavement as she went between shops.

However, the town is plagued by people driving on the pavement! 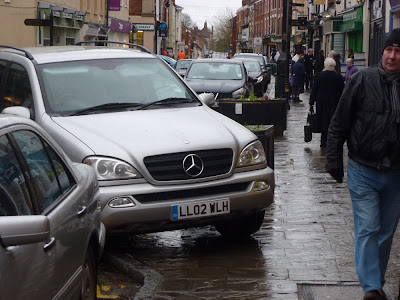 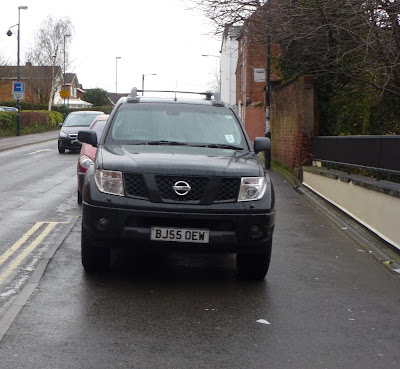 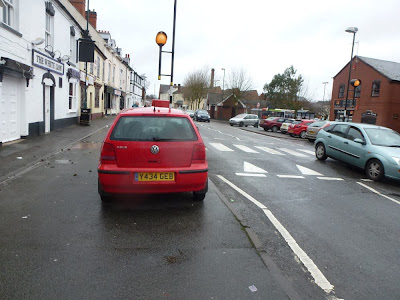 This small town is utterly dominated by traffic. The main street should have been closed to through traffic, instead it has been made one way, and people drive round and round rather than walk a few yards from the nearest car park. 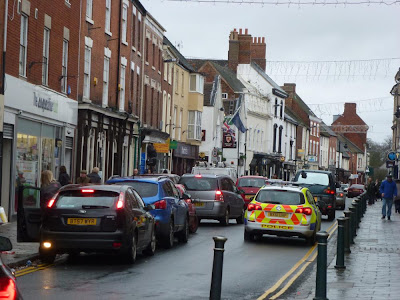 I did see one police woman, but she wasn't making any attempt to deal with the traffic chaos, just driving round and round like the rest.

Email ThisBlogThis!Share to TwitterShare to FacebookShare to Pinterest
Labels: danger