This morning my ride to work was interrupted by two pink & yellow vehicles in the cycle lane and on the pavement. 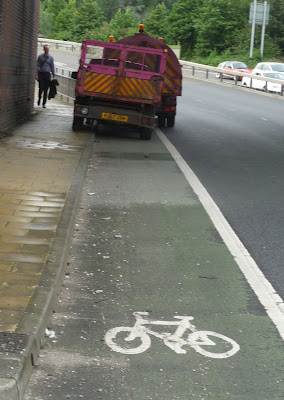 As soon as I got level with them I realised that there may have been progress on the path maintenance. 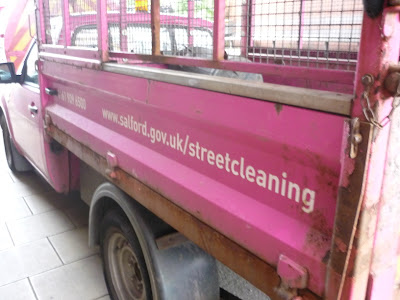 Sure enough, down under the bridge was a little pink street cleaning machine and several operatives dressed in yellow trying to remove the silt from the Irwell River Path. 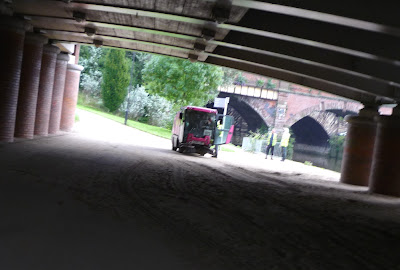 By the time I returned in the evening the vast majority of the silt had been removed and the path was left with just a thin layer of sand... 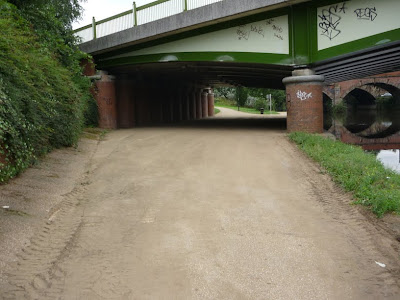 There were patches that had been missed. 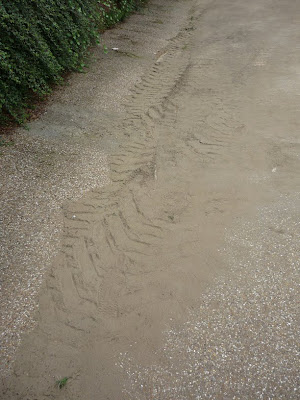 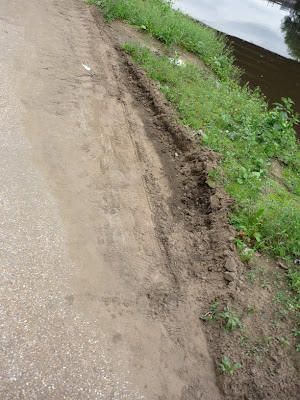 With piles of sand in the corners. 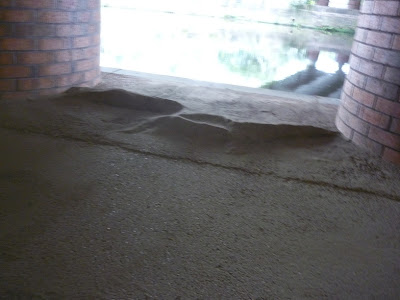 However, the vast majority of the silt had been removed. 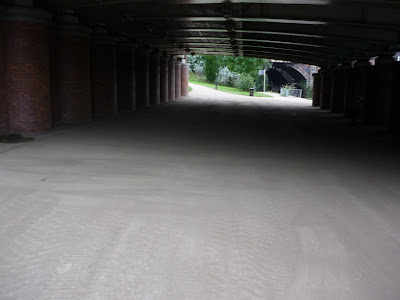 And the look of the path has been considerably improved. 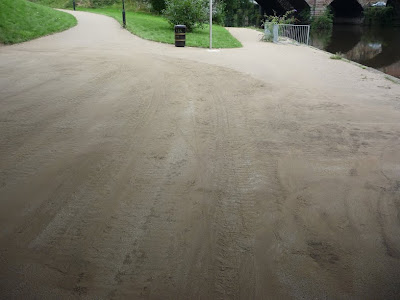 This has taken two emails and two blog posts with pictures, but it just goes to show that suitably targeted complaints do work, so get complaining about problems in your area!!