Ever wondered how magical cycling can be? Look no further than London Road by Piccadilly Station, here you will find a cycle lane built for the magical appearing cyclist...

I just couldn't work out how any cyclist could legally reach the beginning of this lane, it just appears, going northbound on a crossing island between the southbound one-way traffic and the tram tracks. I couldn't even see the traditional Cyclists Dismount sign in the area. 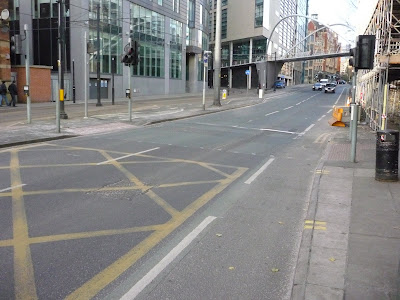 If you aren't walking past you just wouldn't know it was there. 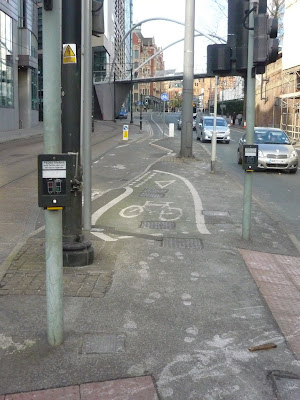 The pavement lane just appears on the island, turns into a short piece of segregated track, 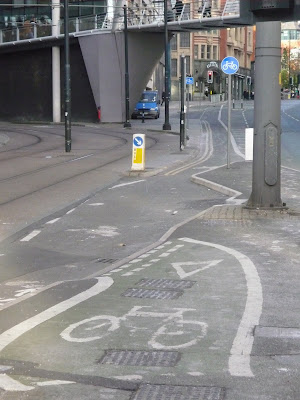 before turning into a contraflow cycle lane, alongside a car parking bay, though some drivers prefer the pavement. 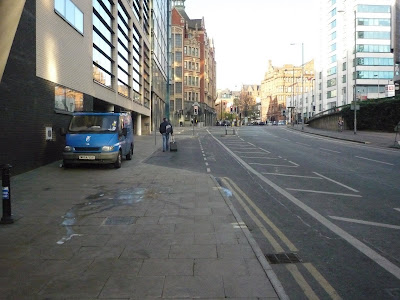 After the road becomes two-way at a car park exit the facility ends in a reasonable advanced stop bay, but not before the lane is squeezed down to barely more than the width of the double yellow lines. 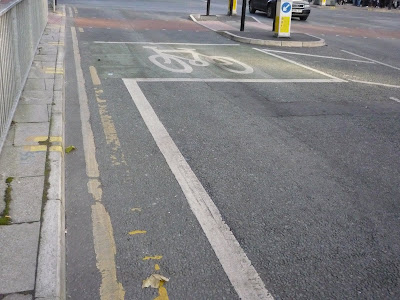 Still, since it is so difficult to get to, I don't suppose many people use this route.