July's Critical Mass was a magical experience. It kicked off with mechanical problems, I had a flat on the Brox and the Coffee Cranks Trike had a problem with the back wheel. 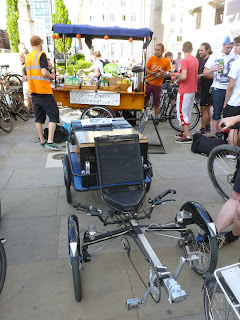 As a result the ride moved off fairly late, but no one seemed to mind in the summer sunshine. 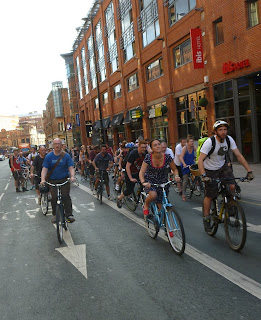 The ride took some different roads to normal. 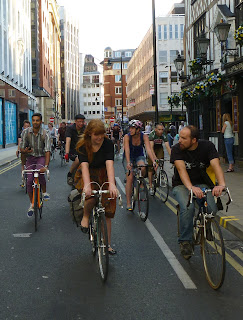 It included a section of the inner ring road - with nearly 200 people it easily took the whole road. 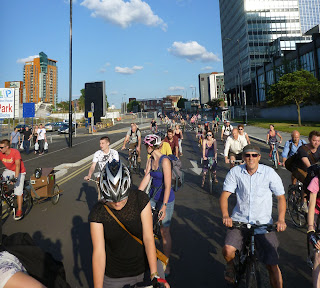 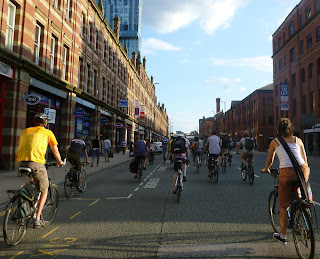 and into Liverpool Road 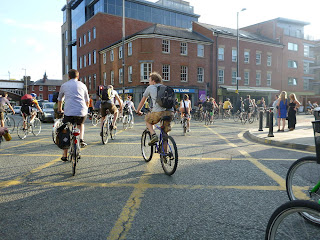 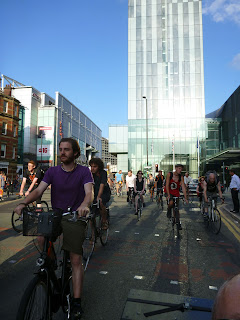 Though I could have done without the cobbles in Castlefield. 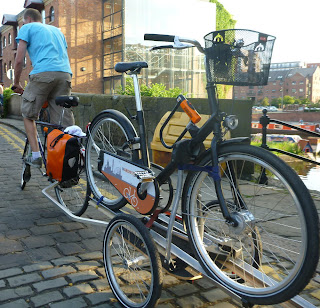 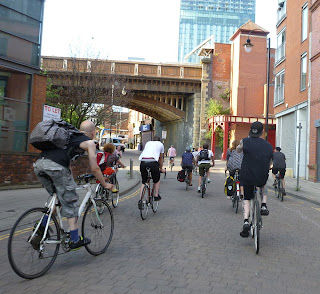 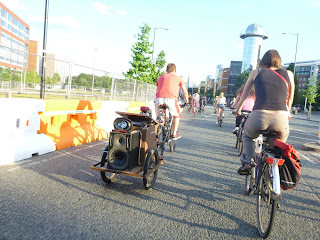 and finally into Platts Field Park 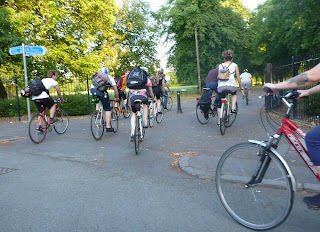 for an evening of film and food. 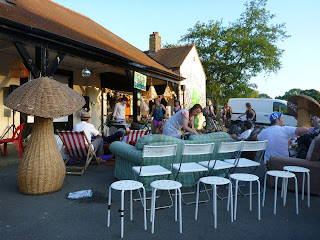 One of the best ever!